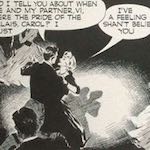 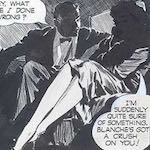 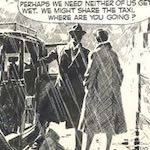 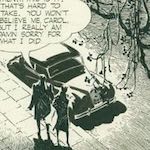 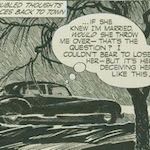 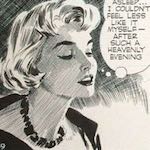 Have you ever wanted to reassemble the original art for a complete comic book story? Including the cover, it means a search for twenty or more pieces that could be scattered across the globe. If you know someone who's tried (or have tried yourself), you know that such attempts can take years — and usually stay in the category of "attempts"!

CAF Premium Member Chris Killackey is attempting to do just that by reassembling the celebrated Lance Hallam storyline from British artist David Wright's classic comic strip, Carol Day. Lance Hallam is the second storyline in Carol Day and runs from daily 105 to 188.

It's a huge task, but he's no longer pursuing it alone — a name absolutely synonymous with Carol Day & David Wright has officially agreed to partner with him in scouring the globe to secure the entire 84-piece sequence...

To quote Chris, "the search just went from an attempt to a probability".

Roger and Chris will be making some announcements in the coming weeks about the steps they are taking to ensure success; more to come on that.

But, in the interim, if you have any dailies, leads or information related to Lance Hallam, contact Chris directly at ckillack@gmail.com.